Opportunity Zones were created as part of the 2017 Tax Cuts and Jobs Act, which was signed into law by President Donald J. Trump on December 22, 2017.

What is an Opportunity Zone?

An Opportunity Zone is a community that is economically-distressed and, in an effort to promote investment and improvement, private investments that meet the requirements of the Act may be eligible for capital gain tax incentives.  In total, there are 8.760 designated Qualified Opportunity Zones in the U.S.

Download a llist of all opportunity zones in the U.S. here.

How were opportunity zones selected in Missouri?

The state of Missouri relied upon input from local communities and invited local government to submit proposals to nominate areas in their commuinity for inclusion in the program to the Missouri Department of Economic Development (DED), which is the state agency charged with overseeing the program. A committee established by the Missouri Department of Economic Development (DED) then reviewed proposals, as well as development plans, past investments in the area as well as planned future investments in the area then made their determination.

The Missouri Department of Economic Development (DED) hosted a series of Webinars about the Opportunity Zones which are all below. 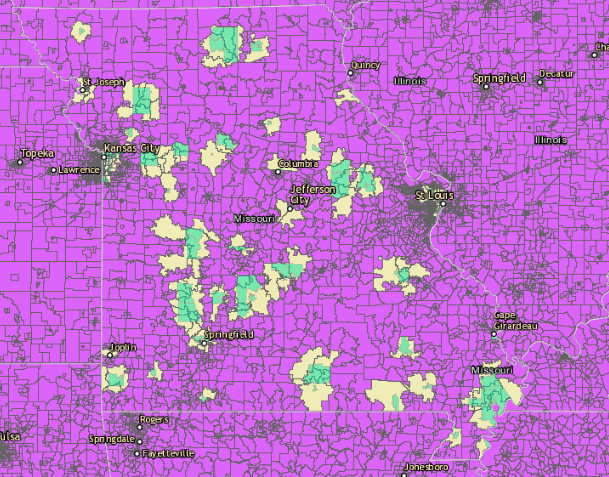 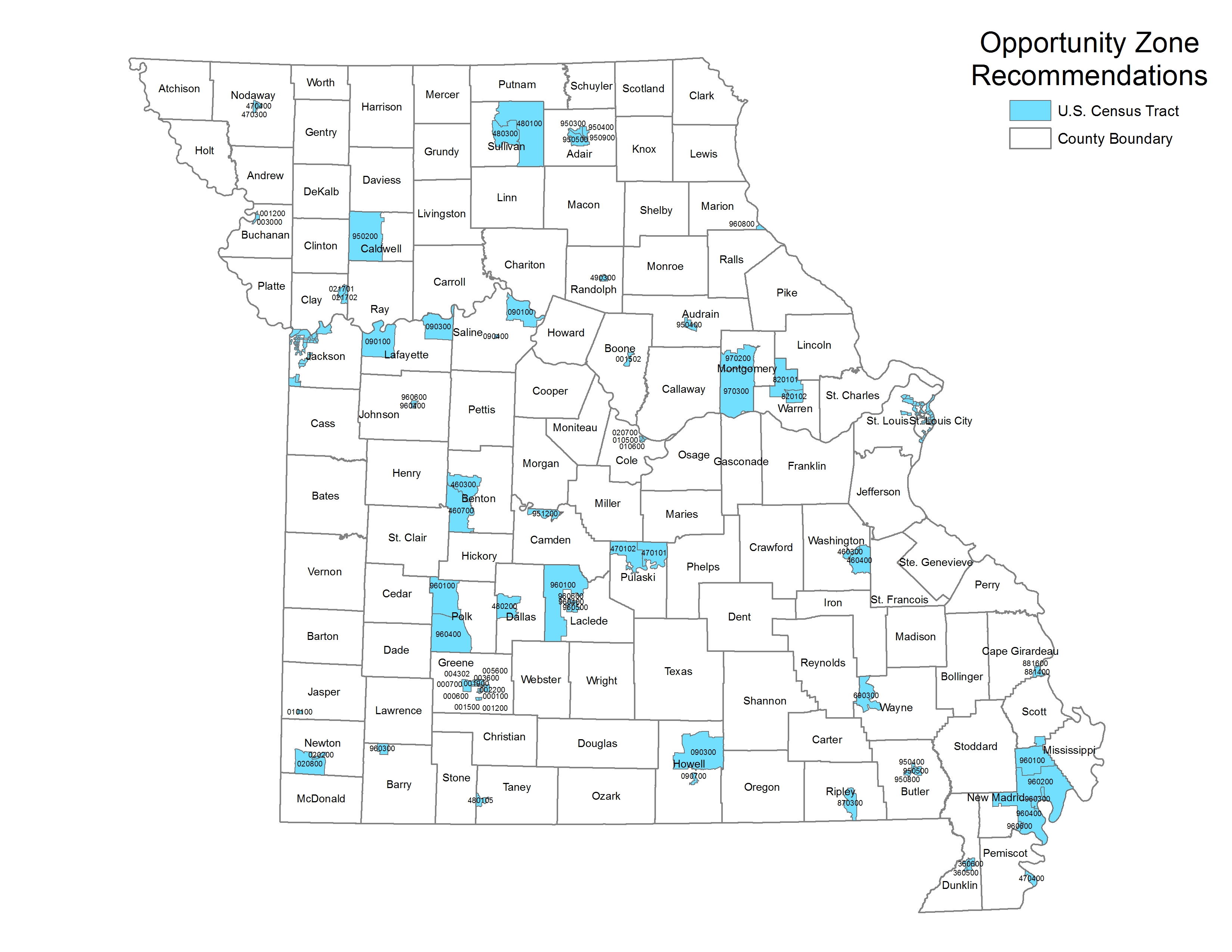 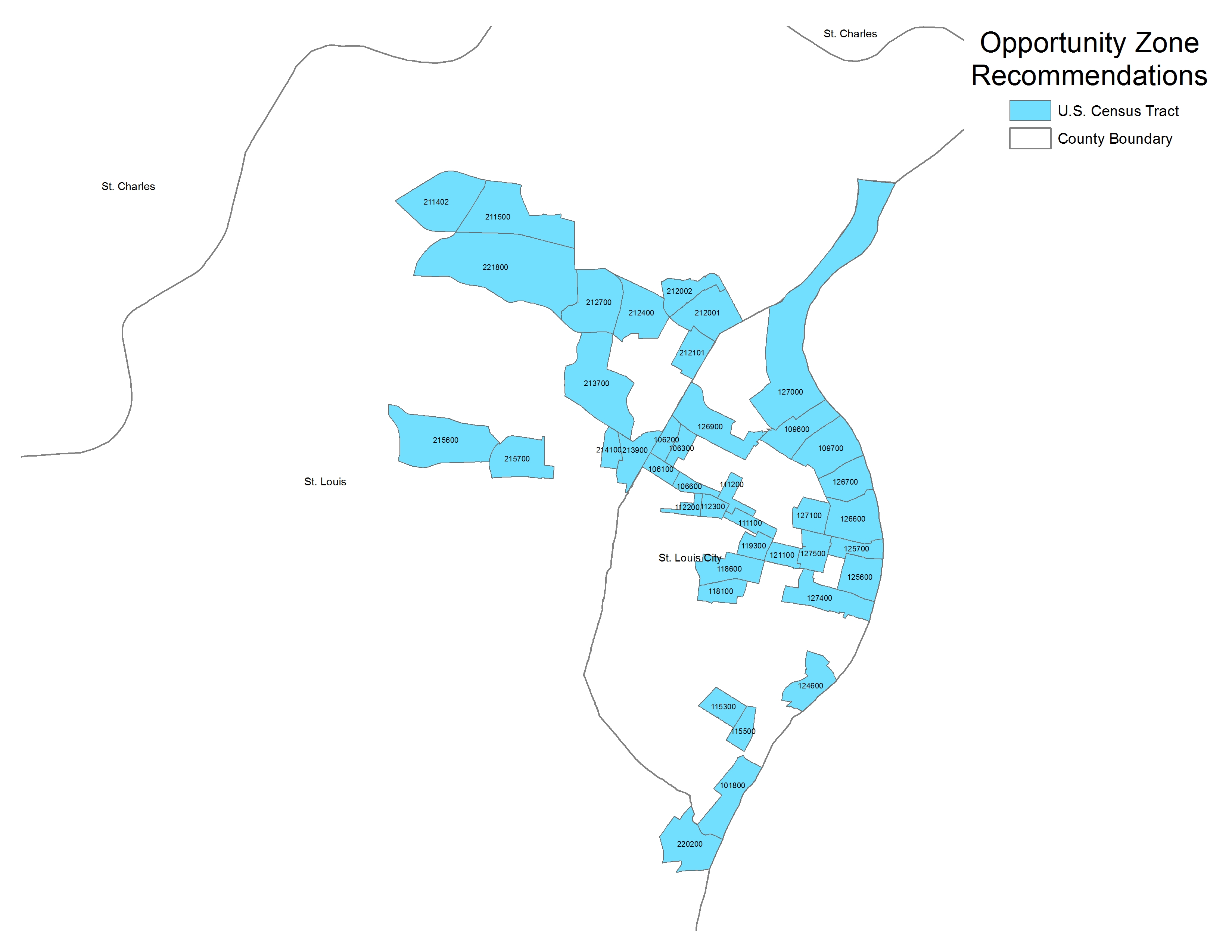 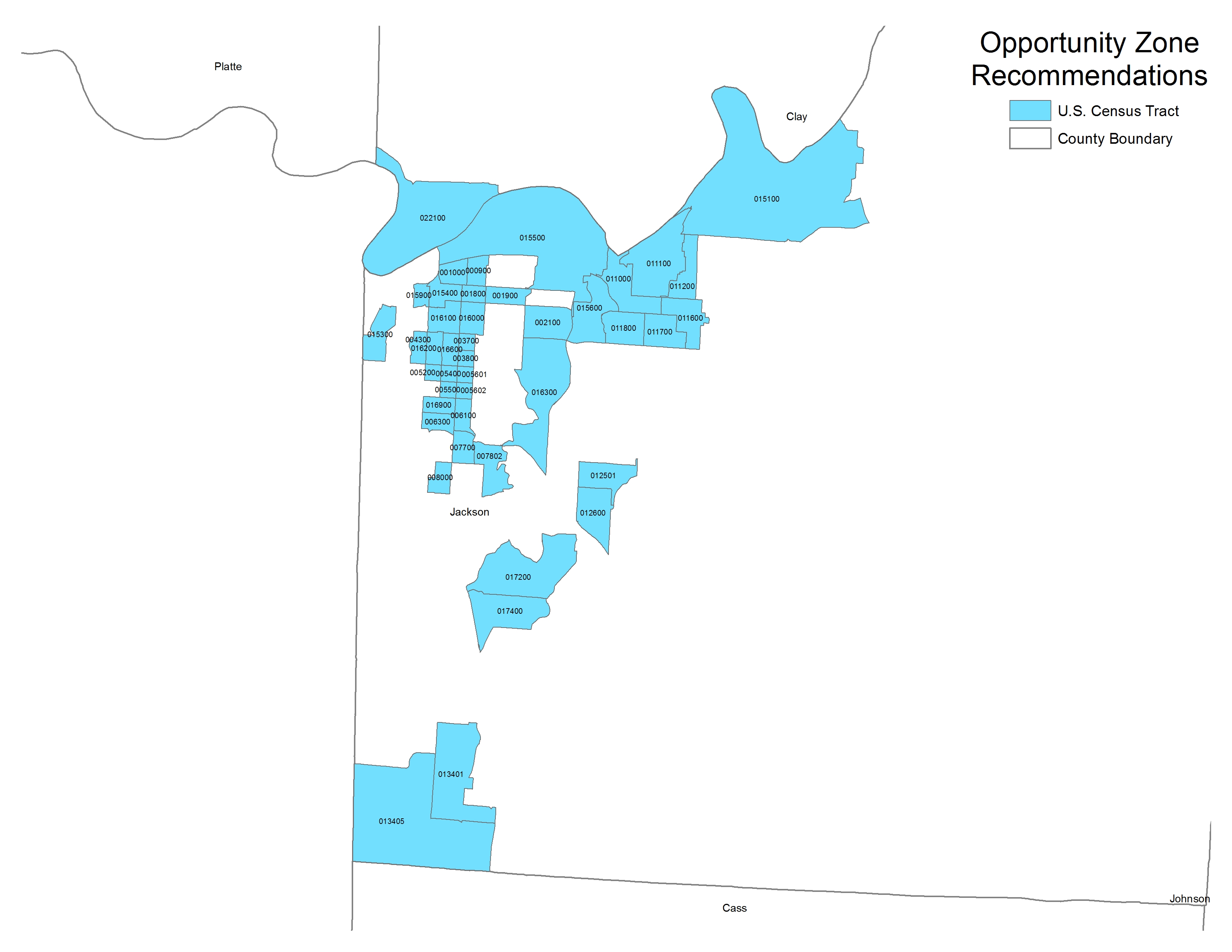